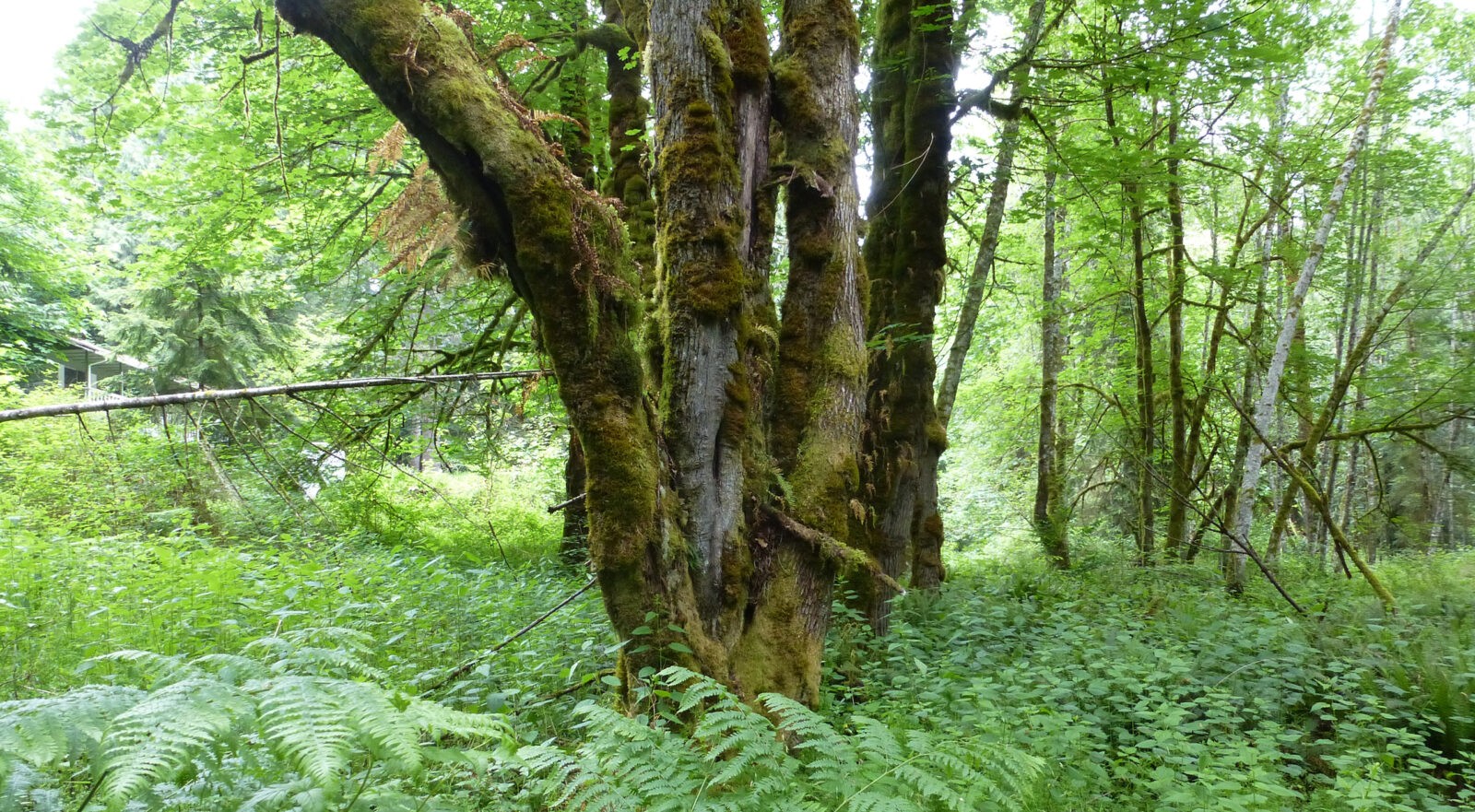 A sharp-shinned hawk circles lazily above the swamp, searching for small birds to prey upon. Two pair of mallard ducks paddle slowly through the waters of a nearby man-made pond. Soon they will be sharing their peaceful habitat with migrating wood ducks. About 50 bird houses are scattered around this 14-acre spread south of Tumwater. For the past 19 years, the property has been home to Jack and Ada Davis, and a haven for 150 different species of birds.

To say Jack and Ada love wildlife, particularly birds, is a true understatement. It is their love of wildlife and natural habitat that has carried them down a path of environmental activism here in Thurston County. That same religious bond with nature has prompted the Davis couple to place their land into a conservation easement with Capitol Land Trust, a nonprofit group dedicated to preserving open space and wildlife habitat. The transaction means that the land, which features wetlands and a mixed forest of maple, cedar, alder and fir, cannot be developed in the future. It must be left in its natural state as wildlife habitat. In return, the Davis family gets a tax break on the property. Setting aside private property as wildlife habitat is something Jack Davis hopes more people will do in the face of rapid population growth and development in Thurston County.

“There are a lot of old-timers with 40 acres, 80 acres,” he said. “Many of them dislike the idea of having their land chopped up.” The land preservation effort by Capitol Land Trust is a good start, Davis said. “What it can do is retain islands of habitat for wildlife populations until such time as we can link the islands with corridors of open space,” Davis said. But many of those islands of habitat are being isolated as bulldozers clear the land for more homes, apartments, shopping malls, and parking lots. “The public will have to go back and acquire and reconvert those lands,” Davis insisted. “The land is more valuable than the habitat.”

Jack and Ada Davis carry the label of “environmentalist” with pride. They are extra-active members of the Black Hills Audubon Society, a group whose activities range from organizing the Christmas bird count in South Puget Sound to successfully working to reduce the county’s use of pesticides on county roads and parks. They have been involved for years in the Nisqually Delta Association, an environmental group dedicated to protecting the Nisqually National Wildlife Refuge from the ravishes of development. As president of the NDA in 1980-82, Ada exhausted herself fighting the Weyerhaeuser Co.’s plan to build a log export dock near the refute in Dupont. Weyerhaeuser abandoned the project after the bottom fell out of the timber market in the early 1980’s. “Jack and I get awfully tired at times,” Ada said. “But we have the time and the knowledge to get involved.”

Married for 46 years, Jack and Ada raised a family in Southern California. They watched the rapid population growth around Los Angeles change the quality of life forever. “I just hate to see the repetition of what we saw in California happening here in the Puget Sound area,” said Jack, a retired meteorologist. He referred to urban sprawl, traffic congestion, deteriorating air quality and loss of wildlife habitat. When not involved in community issues, Jack and Ada can be found on their peaceful property, enjoying nature and helping their feathered friends.

The bird houses, hand-built by Jack, dot the property. In the backyard are several bird feeders – hollowed out logs that hang from trees and are filled with peanut butter, grain and kidney suet. Three years ago, the couple spent $700 to dredge a pond in a wetlands area of their property, They got a permit to do it and now have a major attraction for wood ducks, colorful waterfowl that migrate to the Pacific Northwest in March to breed and raise their broods.

But even in this wooded setting south of Tumwater, Jack and Ada feel the pressures of growth. “They are closing in on us out here,” Ada said. “There are 14 residences on this road. When we moved out here, there were only two.”