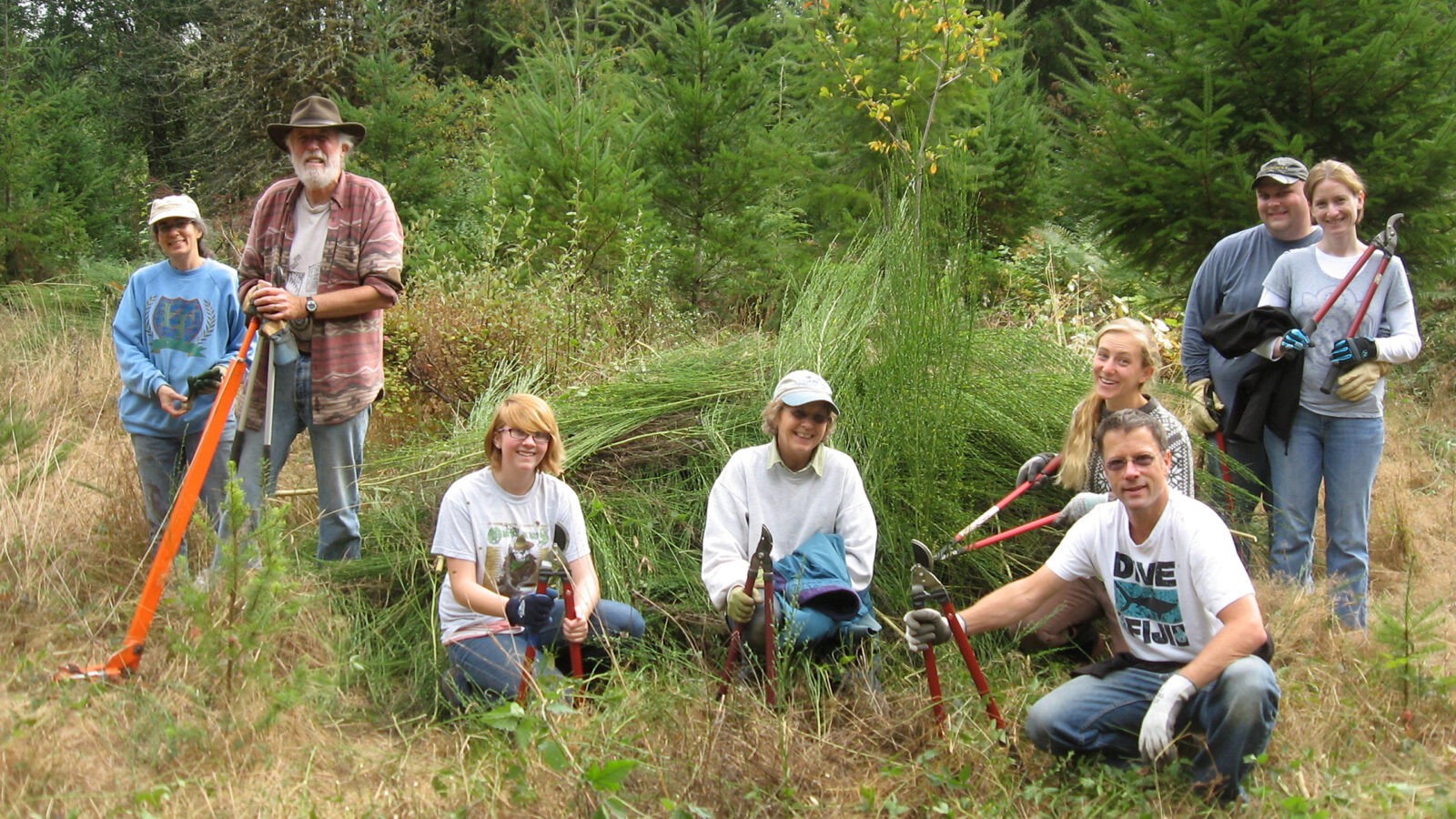 Habitat and Homestead: A Story of Success in Green Cove

Last year, Joann Harper put up for sale part of the land she has always lived on. Despite her desire to quietly enjoy the Green Cove Basin property her family homesteaded over a century ago, she felt she was left with no choice but to sell. In the summer of 2001, a committee of Capitol Land Trust board members, staff and area residents met to prioritize the Trust’s conservation efforts within the basin. They identified Joann’s property as the highest priority for many reasons.

The Harper property is the largest parcel with a single owner remaining along Green Cove Creek and straddles both sides of the creek along a critical wildlife corridor. The site contains large stands of coniferous trees with considerable timber value. Located along the Urban Growth Area boundary, the property was a prime candidate for development. The combination of extensive open-water wetlands and forested uplands provides critical protection from pollution for Green Cove Creek and from stormwater runoff for area residents.

After learning of Joann’s need to sell the property, Capitol Land Trust approached her real estate agent and arranged a meeting to discuss potential options. CLT’s Board of Directors voted to put $5,000 of its funds at risk to secure an earnest money agreement on the property. The earnest money would buy precious time to seek adequate funding for permanent protection efforts. With the support of her real estate agent, Joann agreed not to sell the property for six months.

Last month, with just two days remaining before the expiration of the earnest money offer, the Board of County Commissioners voted to approve the purchase of the Trust-negotiated easement. The easement eliminates all future subdivision, construction of new homes, cutting of trees, mining, grazing, and other uses that would be detrimental to this sensitive land. As a result of the easement, Capitol Land Trust was able to assist Joann to qualify for an Open Space tax designation that will substantially reduce her annual property taxes.

Capitol Land Trust would like to thank many people for their support of this project. Thurston County Commissioners Diane Oberquell, Cathy Wolfe and Kevin O’Sullivan have a difficult job making decisions that effect all of us. Their support of this partnership benefits all Thurston County residents and efficiently accomplishes the County’s goals. Dan Sweeney and John Morrison supported this transaction with their professional real estate expertise. Craig Holt (Joann’s son) was encouraging and played a key role from the beginning.

Joann Harper’s contribution to this community is immeasurable. Joann chose the rewards of diverse habitat and natural character over development and logging transactions that would have yielded a much greater financial reward. To Joann, we all owe a debt of gratitude.