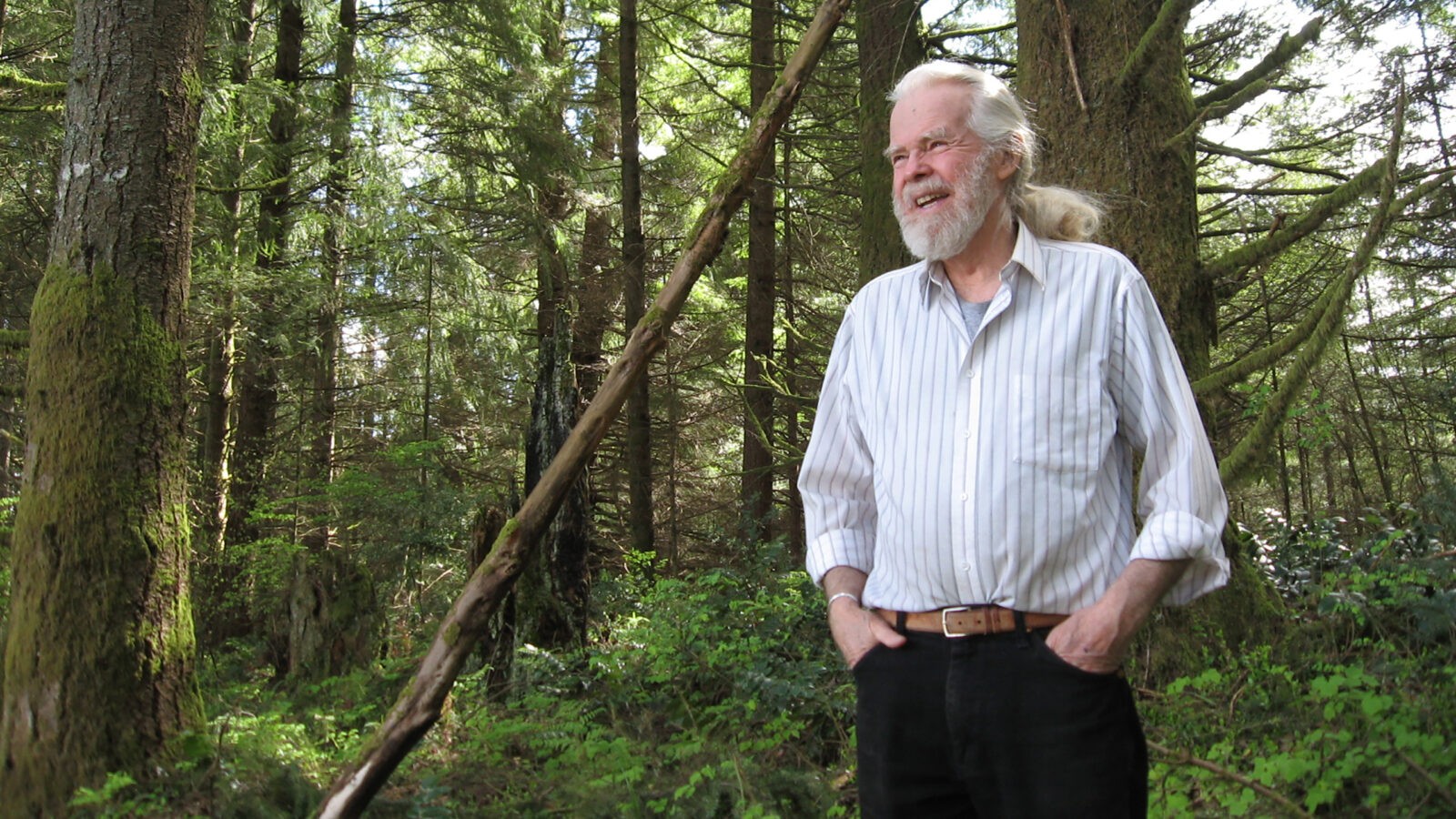 Notes from the Field: Aldridge Easement

It was the last day of October and classic fall weather. I embarked on what I hope will be the first of many field trips to Capitol Land Trust conservation easement sites, to document their wonders for readers like you. This trip took me to William Aldridge’s domain: 120 acres of ponds, wetlands, meadows and forests, protected with an easement in 1989.

Upon arrival I headed for the nearest pond and followed a trail on its western shore. The pond was alive with light, with sounds of wind and wren chatter, and with insect activity. Scores of small beetle-like insects dimpled the water at one edge. Dozens of spider threads drifted over the water, visible because of the low autumn sun.

In the pond, fleshy wapato stems had succumbed to the first frosts and rains. Normally held above the water, they had fallen over and begun to decompose in the shallows. Theirs were not the only nutrients being added to the pond, for the wind tossed alder leaves to its surface. They floated till waterlogged, and then sank to become part of the rich muck on the bottom.

Red alders dominated the shoreline, but behind them Douglas firs were so thick that I could hear the dry hiss of falling needles. My attention was drawn to dozens of deer prints in the duff; then to a winter wren flitting about; and finally to something I had hoped to see: signs of the resident beavers.

They’d begun work on a clump of alders at the pond’s edge. They had chewed nearly through the base of two 10 inch trees, which were precariously perched until the beavers (or a high wind) finished their work. I wondered how long it takes to gnaw down a tree this size. The chips at the base gave a clue but not the answer: some of the chips were a good 2″ square.

The far end of the pond was littered with peeled twigs and saplings. Curious to know where the beavers were logging for their snacks and building materials, I followed the evidence several hundred yards into the woods. Scrape marks in the duff, flattened grasses, disturbed moss, and chewed vine maple tips marked the trail to the work site.

The beavers had removed eleven trunks from a large clump of vine maple. Chips littered the ground. What a distance for these creatures to drag their sticks and branches! No wonder we call hard working humans “eager beavers.”

I left the forest and entered the meadow. A hawk and a small cloud soared overhead. Wrens called from the edges; two flickers glided between fir trees. Animal trails crisscrossed the tall grasses, while underneath the small trails of rodents were hidden.

The westernmost pond is reached by crossing the meadow and entering another forest, this one boasting a greater diversity of trees and understory than the previous forest. The water in the pond was quite low. I crawled out on a log that will no doubt be floating when winter rains replenish the water table. This day, however, the log lay in mud and grass and I could safely bask in the sun.

A dragonfly lit on my hand. It kept its wings drooped, perhaps to avoid being blown away by gusty winds. Large, complex eyes covered much of its head. Dragonfly eyes are composed of up to 28,000 hexagonal lenses. I brought my own two measly lenses closer to admire the gossamer wings, the pulsing red abdomen, the robot-like movements of the head.

A small roar in my left ear signaled the arrival of another dragonfly on my shoulder. There were dozens of them about; some red like my visitors, others large and blue-green. They flew with no discernible pattern or purpose and paused frequently in midair, their transparent wings catching the sunlight.

Perhaps the composer of Flight of the Bumblebee sat in just such a place as this and was inspired by the flight of insects!

Farther along, the pond widened and deepened. Four male and six female mallards were feeding there. Surface feeding ducks such as these search the water for plants and seeds, insects and small aquatic animals. The mallards’ heads ducked under water and their tails tipped up in the air. My grandmother called them “teeter asses” and it’s easy to see why.

William joined me for the end of my walk. Pointing out a snag twenty feet into the pond where a pair of raccoons has raised four litters, he laughed at the memory of the young ones falling overboard. He makes regular rounds of these meadows, ponds and forests.

Naturalists have made the rounds here, too. They’ve recorded evidence of an impressive variety of species that depend on William’s place for permanent residence, for part of their territory, or for migratory stopovers.

Daylight waned and the wind blew October to a close. I turned for home. It’s nice to know that everything I saw that day, and much that was hidden from my eyes, is protected through the partnership that William and the Land Trust have formed.