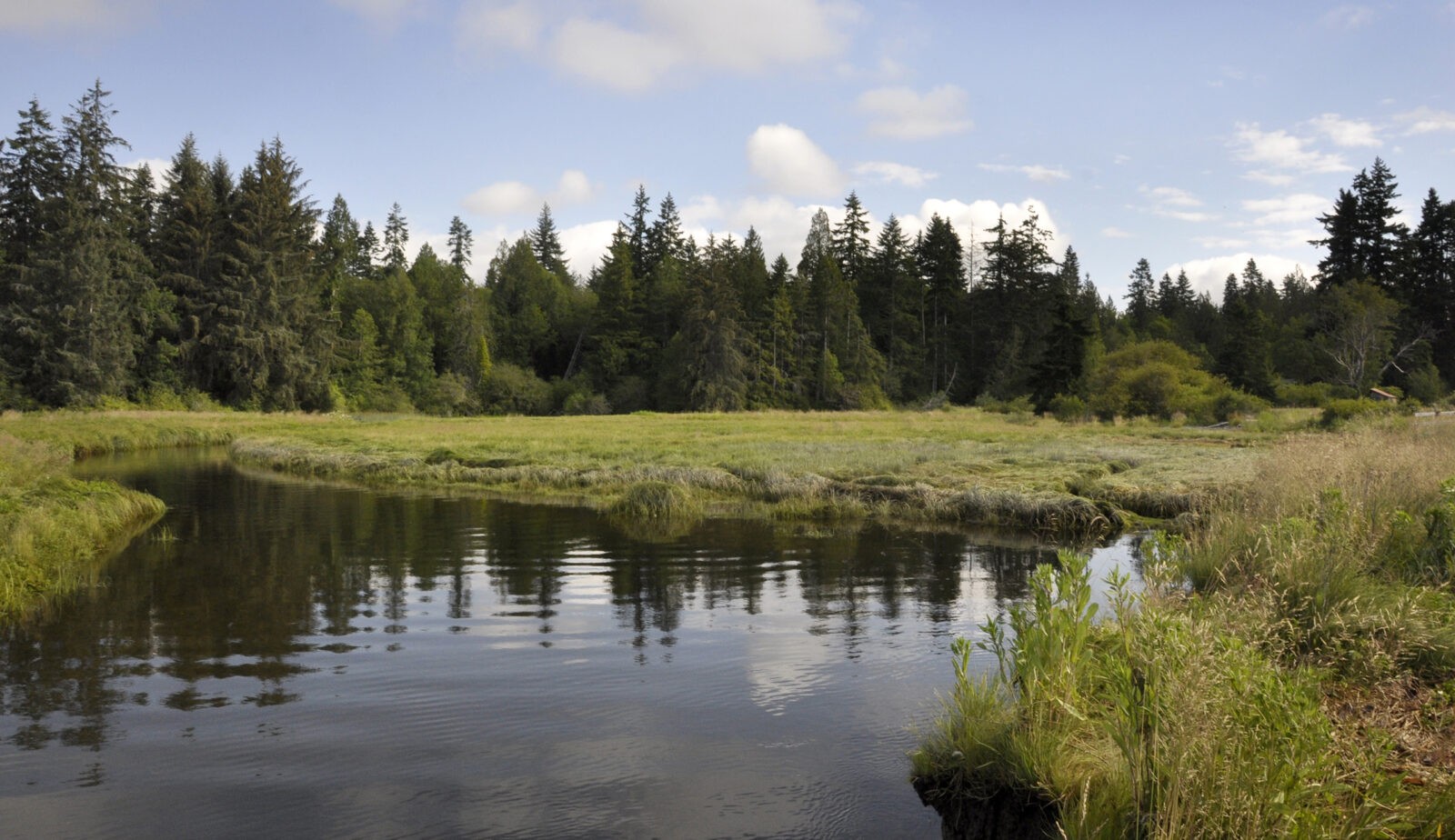 Twin Rivers Ranch is unlike any other place in the southern Puget Sound ecosystem. The property spans the entire north end of Oakland Bay north of Shelton, Washington. Salmon-bearing Deer and Cranberry Creeks flow through the property and into Oakland Bay, twin estuaries that provide critical wildlife habitat. This estuary delta is one of Mason County’s signature properties. Together with fifteen project partners, Capitol Land Trust has permanently conserved Twin Rivers Ranch, further demonstrating that working strategically and collaboratively is our best hope for sustaining and recovering the health of Puget Sound.

Capitol Land Trust purchased the 133-acre property in August 2010 from the Rohde family. The purchase permanently conserves one mile of creek frontage on Deer and Cranberry Creeks and 2/3 of a mile of intact estuarine habitat. The Rohde’s stewardship and commitment to sustaining the Ranch’s diverse habitats has been exemplary: there are no bulkheads, docks or other shoreline modifications.

This unique coastal habitat is also utilized by 113 waterfowl, shorebird, waterbird and landbird species. Standing on the shoreline, one is treated to a nearly constant parade of eagles, hawks, buzzards, osprey and other raptors. The Ranch’s coastline and uplands contain 66 acres of wetlands including estuarine habitat, salt marsh vegetation, tidal sloughs and adjacent tide flats. 36 acres of native coniferous and hardwood forests more closely resemble Alaska’s spruce-dominated bogs than the region’s other lowland forestlands.

In 2005 Capitol Land Trust purchased the Malaney Creek estuary immediately south of Twin Rivers Ranch. The acquisition was the result of a partnership with Mason County, the Squaxin Island Tribe and the state’s Salmon Recovery Funding Board. Because of the incredible intact condition and strategic location of both of these properties, the acquisition and protection of these two properties alone constitutes an unprecedented contribution to the health of Oakland Bay and the southern Puget Sound region.

Jeanne Koenings of the WA Department of Ecology says, “We are always pleased to partner with Capitol Land Trust to protect important coastal wetlands in south Puget Sound. Acquiring Twin Rivers Ranch means that we’re that much closer to ensuring Oakland Bay’s water quality remains high and that its shellfish are protected. No one entity can do this work alone, but having Capitol Land Trust as a partner makes this work a joy.”

With this acquisition Capitol Land Trust is half way toward achieving its strategic goal to conserve four of Oakland Bay’s largest remaining shoreline properties by 2013. And with the purchase of Twin Rivers Ranch, Capitol Land Trust has now conserved more than thirteen miles of southern Puget Sound’s coastline.