Capitol Land Trust (CLT) is pleased to announce the conservation of Skookumchuck Forest Preserve. The preserve was named for its beautiful stream-side vegetation along the Skookumchuck River. The property was purchased from Green Diamond Resource Company and is adjacent to CLT’s Mueller Conservation Easement, conserved in 2020. Combined, these properties conserve substantial shoreline along the river, allowing for extensive restoration work.

“This 28-acre property, although small by itself, is adjacent to our 74-acre Mueller Conservation Easement, which combined conserves almost 1.5 miles of critical salmon habitat in the Skookumchuck River. Between the intact riparian forest on the Skookumchuck Forest Preserve and the restoration work on the Mueller easment shoreline, this will one day be almost three miles of highly functional riparian habitat, benefiting both aquatic and terrestrial species alike.” – Laurence Reeves, Conservation Director, Capitol Land Trust 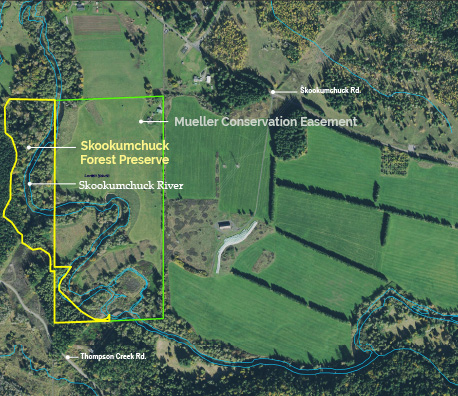 The Skookumchuck River shoreline and upland forest of these two properties provide important habitat for spring and fall Chinook salmon, coho salmon, winter steelhead, and a myriad of other species. Led by the Washington Department of Fish & Wildlife and Thurston Conservation District, restoration is underway along the riverbanks and in the river itself. Thousands of native plants have been added along the riverbanks and logjams have been added in the river to help rebuild a complex ecosystem. In-stream structures like logjams provide hiding and resting places for young fish and other aquatic species, which helps them fulfill their role in the ecosystem.

“With the Skookumchuck Dam upstream of the project area, there are few opportunities for natural recruitment of large wood in this section of the river, which is an important element of a healthy ecosystem. Through the conservation of the river corridor, construction of engineered logjams, and installation of thousands of native riparian and upland plantings, the project supports a healthy stretch of river that will persist for generations. This project would not be a reality without the strong partnerships cultivated between Washington Department of Fish and Wildlife, Capitol Land Trust, Thurston Conservation District, and private landowners who each played a role in taking the first step towards revitalizing this important place.”
– Celina Abercrombie, Chehalis Basin Strategy Manager, Washington Department of Fish & Wildlife 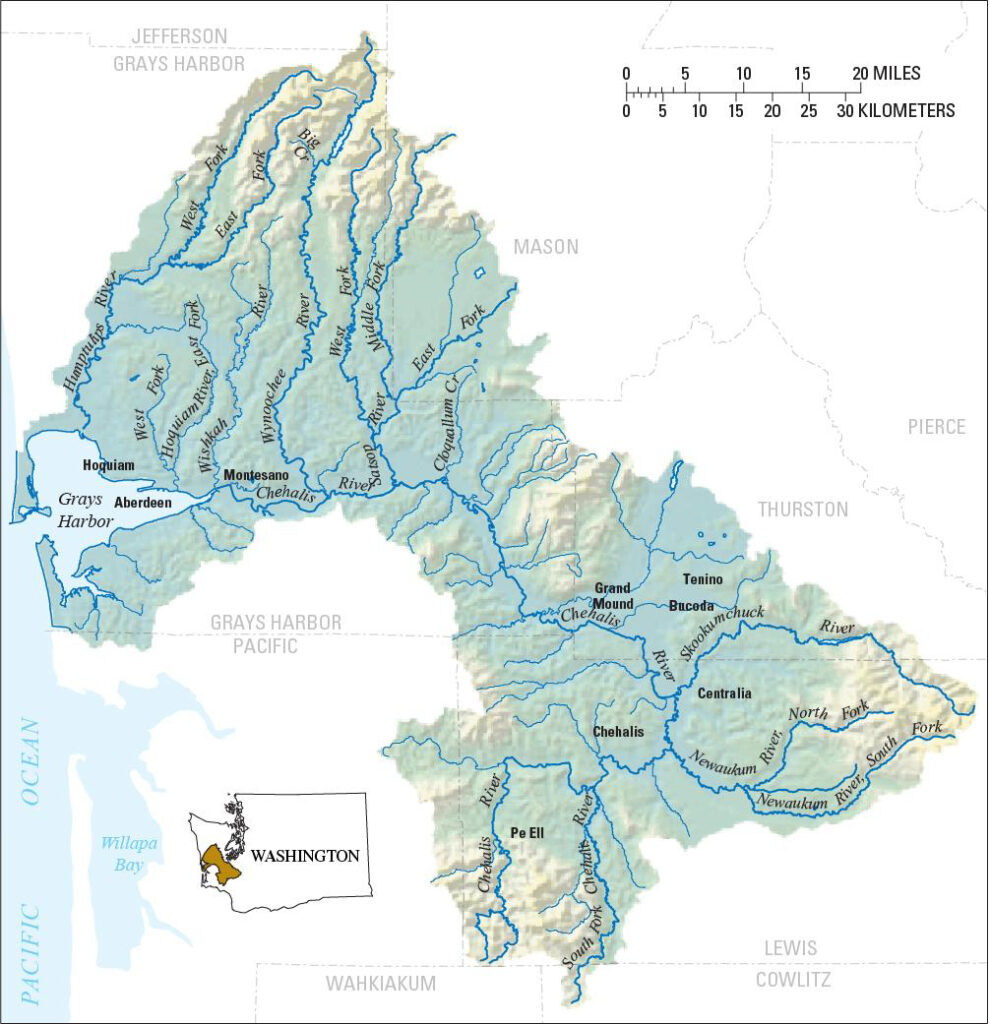 The Chehalis Basin has been home to the People of the Sands, now the Confederated Tribes of the Chehalis Reservation, since time immemorial. According to the Chehalis Tribe, two large groups of Salish-speaking people historically lived along the Chehalis River and gathered roots, berries, fish, and elk from the surrounding area. Many years after European settlement, land use in this watershed is mainly agriculture and forestry.

Although this basin is one of the only remaining river basins in Washington state where salmon species are not listed as threatened or endangered, it faces significant challenges. Major flooding events and the rapid depletion of aquatic species habitat threaten the basin’s economic and ecologic value to the state and region. In response to these issues, the state legislature created the Office of Chehalis Basin (OCB) and established the Chehalis Basin Board to provide long-term oversight of the strategy. The Board has representatives from the Quinault Indian Nation, the Confederated Tribes of the Chehalis Reservation, and the Chehalis River Basin Flood Authority, in addition to agricultural, environmental, and economic interests. 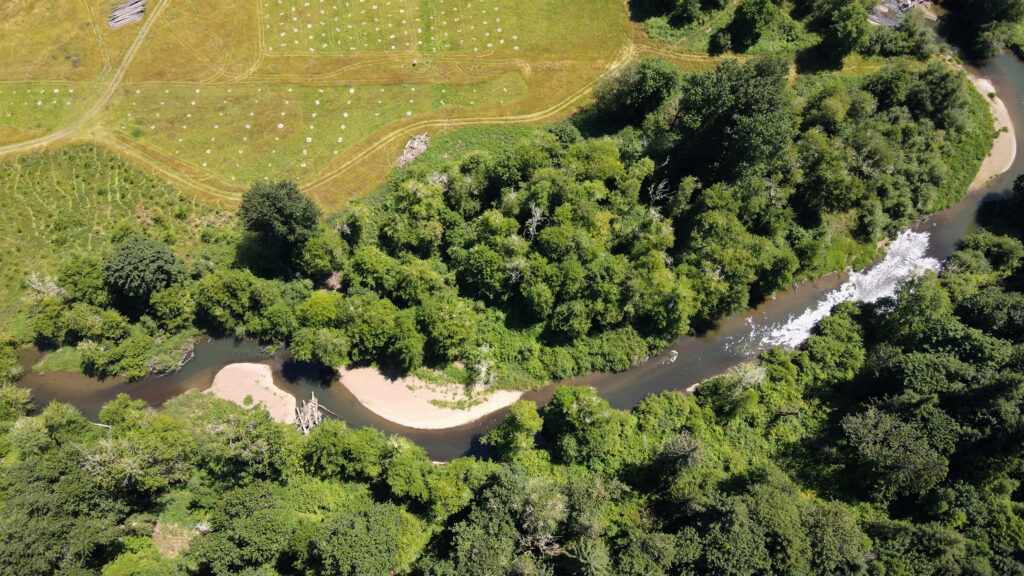 Skookumchuck River log jams and plantings on the two properties

The Aquatic Species Restoration Plan opens the door to new conservation opportunities in the Chehalis Basin. CLT is proud to be a part of a multi-agency team that honors existing community values, builds on previous actions to protect and restore basin habitat and ecological processes, and complements investments the state has already made in habitat restoration and protection.

Thank you to our project partners: