On the eastern shore of Henderson Inlet, just a mile north of Capitol Land Trust’s very first conservation project on Woodland Creek, sits Inspiring Kids Preserve. Not only does this preserve have a promising conservation story, it will also fulfill the Trust’s decades long vision for a uniquely focused preserve: to strengthen our community’s conservation ethic by fostering meaningful experiences out in nature.

Capitol Land Trust was first involved here in 1992 when Harmony Glover donated a conservation easement on 56 acres, including mature forest and a substantial amount of shoreline. The property, which for millennia has been part of indigenous people’s tribal homeland, was an active farm throughout the 1900s. In 2018, Capitol Land Trust celebrated the outright purchase of Harmony Farm, making it the northern portion of Inspiring Kids Preserve.

Two years prior, in 2016 Capitol Land Trust purchased the adjacent 52 acres south of Harmony Farm, which had been used as pastureland, a pony farm, and a logging operation. The now 108-acre preserve protects over one mile of Puget Sound shoreline—important habitat for coho and fall chum salmon which return annually to streams in the area. The preserve supports fresh and saltwater wetlands and mixed conifer and deciduous forests of varying ages, along with areas that are becoming diverse natural habitats—thanks, in part, to our restoration efforts. 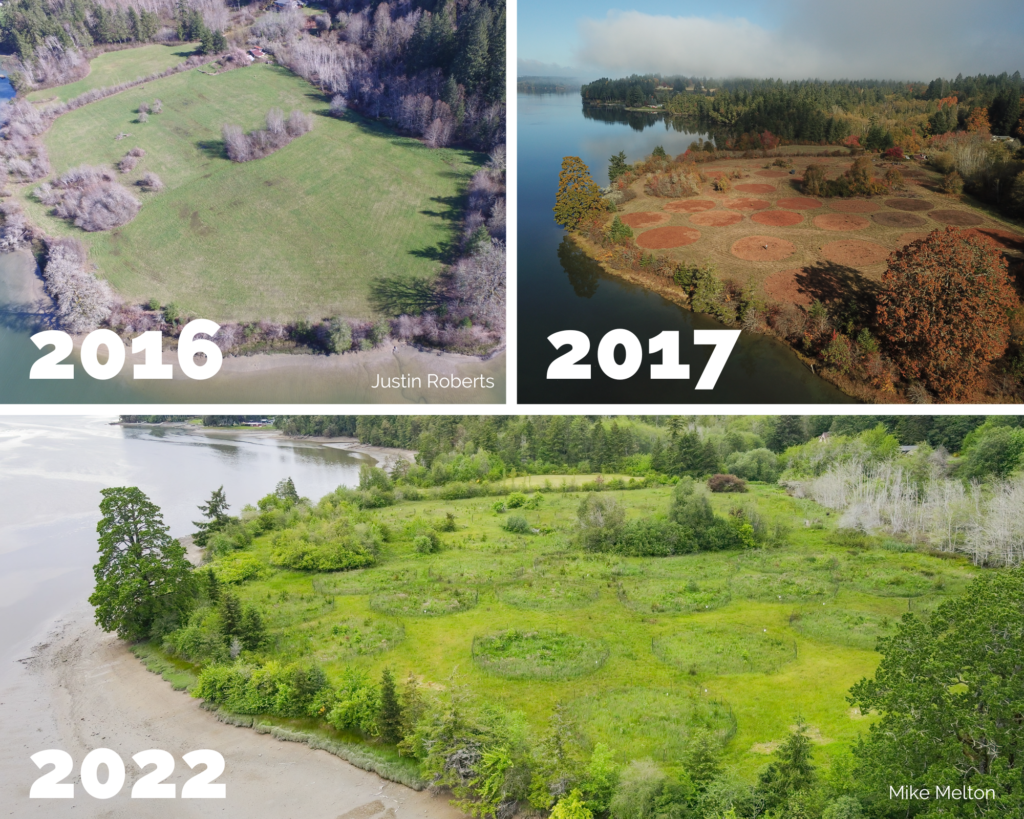 Inspiring Kids Preserve before, during, and four years after planting.

Large-scale environmental restoration of the preserve has included removing 16 derelict structures, four vehicles, and other debris. Invasive non-native plant species have been controlled on about 75 acres and about 20 acres replanted, all to increase the variety and health of native plants on the site. 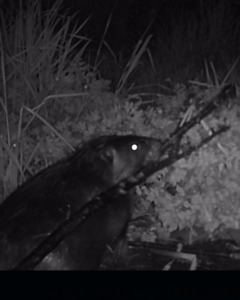 Beaver dragging branches in the wetland. 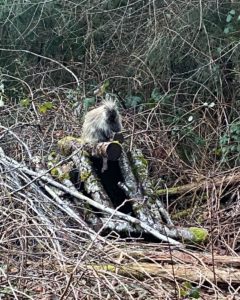 The northwest corner of the property—formerly used for agriculture—now sports thirty-five circular areas replanted with native species like Oregon ash, serviceberry, Nootka rose, Garry oak, Wapato, willow, and more. In just six years, plants are flourishing—spreading and beginning to reproduce. A wetland on the field’s eastern side has expanded and even supports beaver now! With better water retention on the site, naturally occurring wetland plants like cattails, rushes, and sedges have multiplied. 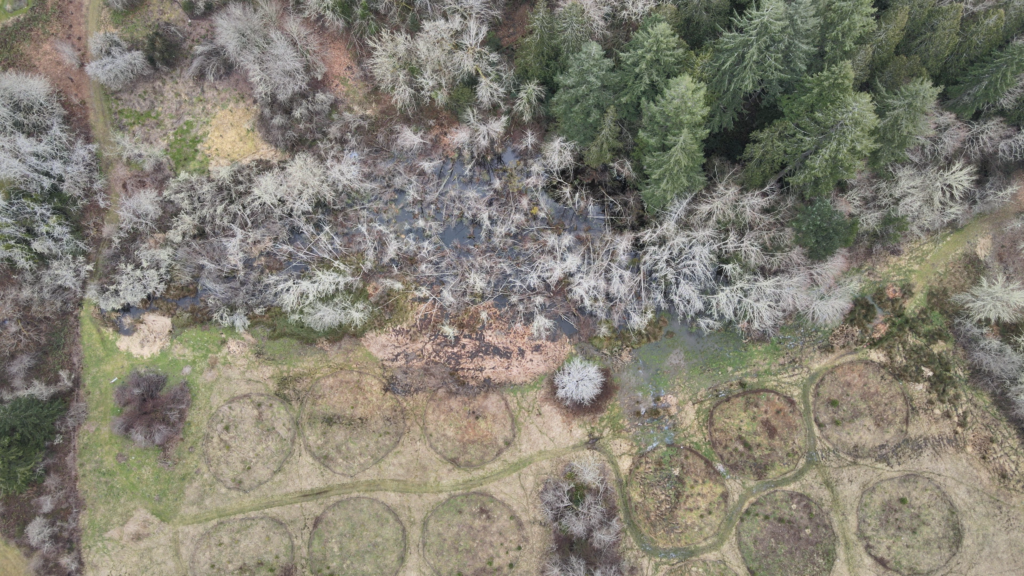 Aerial view of a beaver-influenced wetland in winter, Mike Melton.

The ‘old’ tree farm on the south part of the site has also experienced restoration—the Douglas-firs have been thinned to decrease density. This reduces competition between trees, providing more access to water, sunlight, nutrients, and space, resulting in a healthier and more diverse forest.

It wouldn’t be Inspiring Kids Preserve without getting local youth involved in the restoration process. Over the last four years, over 400 youth of all ages have helped nurture the preserve in a variety of ways: planting, mulching, maintaining trails, removing nonnative plants and debris, even building brush piles for wildlife. Our dream is that those “Kids” will return in the years to come, maybe even with their own children, to see how the land has continued to change and how their effort helped it thrive. 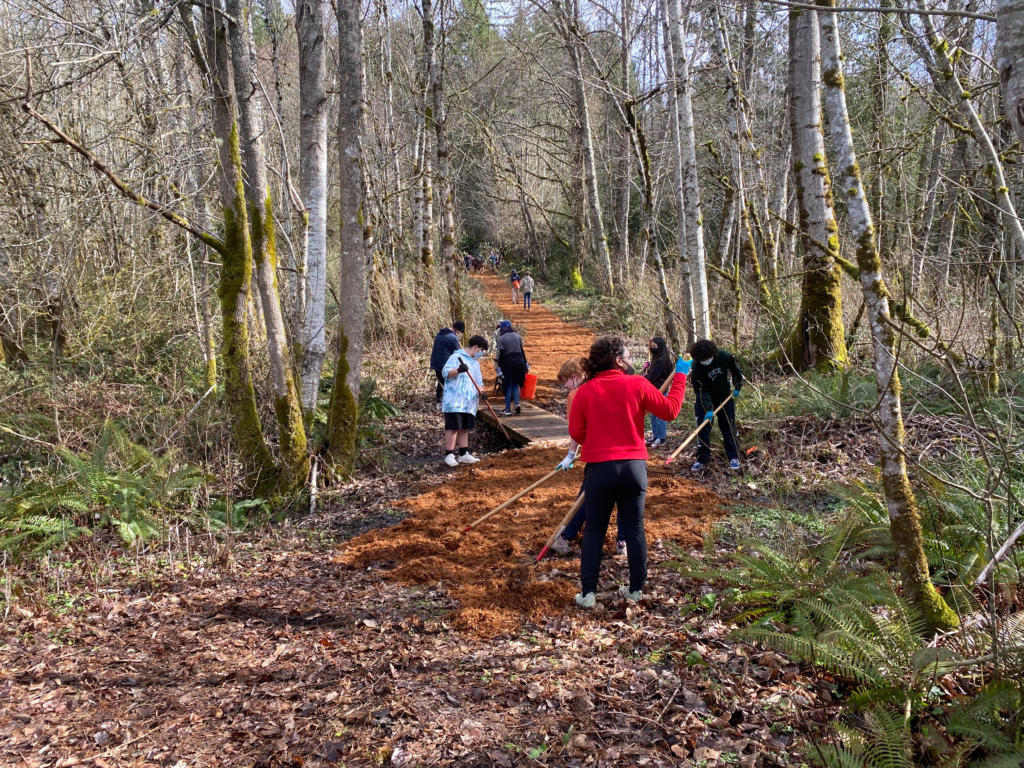 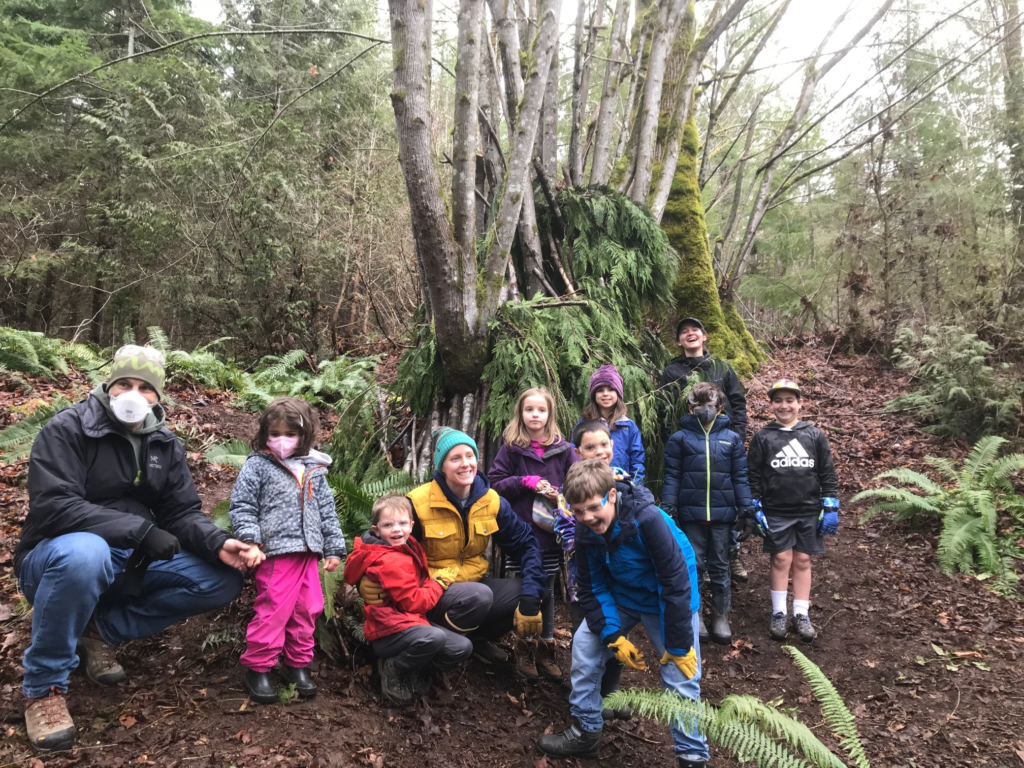